by All Torn Up! 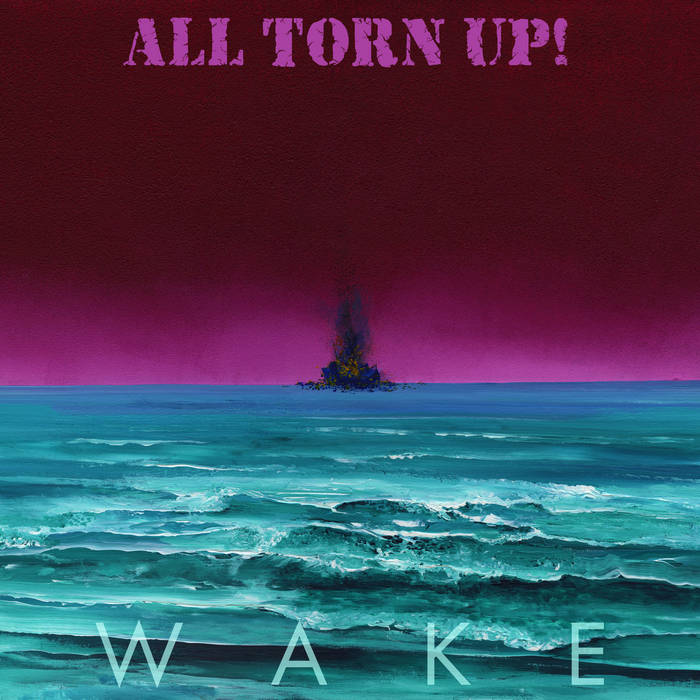 Marc Squires These guys will never get old. Been listening to them since I got into punk a couple years back, I just got a record player and this 7" was the first thing I ordered. Knowing the cover was painted by none other than Dick Lucas seals the deal. Keep it up boys, and keep it real. Favorite track: Catharsis & Regret.

Gwynplaine de Pétroleuse A ultra angry rush of hardcore Punk adrenaline right to the heart. Wake is ATU showing that they are still pumping out phenomenal politically charged Punk anthems. NYC's finest have still got it. Favorite track: In the Distance.

Special thanks to all our loving partners for their endless support & patience.

This record is dedicated to all those people displaced by the atrocious daily functions of capitalism & the conflicts it instigates & off of which it thrives. Those brave souls are at best forgotten about as refugees & migrants & at worse demonized, scapegoated, & used as reasons to build more walls to divide us all. Those courageous people leave the only reality they have ever known, they leave the people & places they hold at the center of their hearts to find some semblance of peace & stability, some place that has not been ravaged by capitalists & their lackey warmongers.

We wrote these songs trying to keep their memories in our hearts, & their struggles in our heads. We beg you to stop thinking of the people who cross borders as criminals, & start thinking of them as leaders. Either all are given that peace & stability or none can have it. We hope we live our lives & play our songs in a way that does some justice to those human beings lost between the lines. We hope others are as inspired as we are by the rebels who risk everything for a better future & dream of a better world. Thank you.

Bandcamp Daily  your guide to the world of Bandcamp

New sounds from Mavi, Ivy Sole & Moderator, plus AJ, the One joins the show, for her latest release